Received a doorbell 2020 release as. Xmas gift. Bought from Ring.com, not Amazon. Security screws and correct screwdriver missing from box. Called. Parts sent and got 10 days later. Tried to install. Charging cable missing. Called again. 1.5 hours later and finding out several other parts were missing, I am retuning it. They won’t send me a new box with all parts intact. Have to send parts in 7-10 days while my trial just gets wasted. 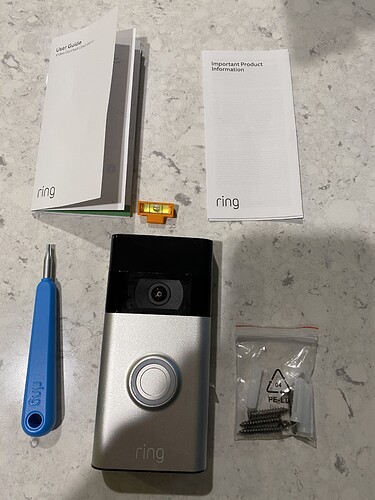