Anyone else noticed the battery icon has changed (at least on IOS apps) to not only show the level of battery charge but also if it is being charged by a solar panel (at least I think that is what it is)? There is now a “sun” peeking over the icon and a “lightning bolt” on the icon presumably indicating it is currently charging (see image below).
Hopefully this indicates that issues around whether a ring camera is connected to a solar panel or not may have been resolved? I have three cameras connected to panels and not only does it vary from day to day but often throughout the day as to whether a panel is connected. I also get messages saying a solar panel is connected but sunlight is too weak to charge which is nonsense when the panel is aimed directly at the sun on a cloudless Australian day in the middle of summer and with the charge level showing 100%! 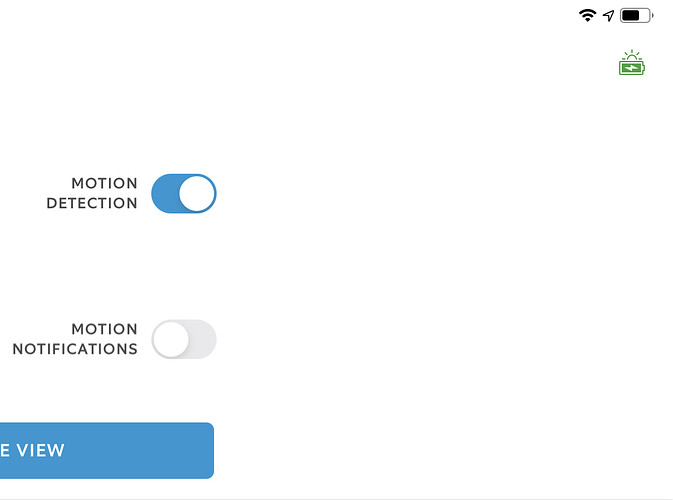 Whoops…spoke too soon. All my solar powered Ring Cams have now reverted to the old symbol and are again telling me I need to add a solar panel to extend life. This despite all the cameras returning to 100% charged within an hour or two of sunrise.

really wish the Ring software engineers could get this sorted. Been going on for over a year now.