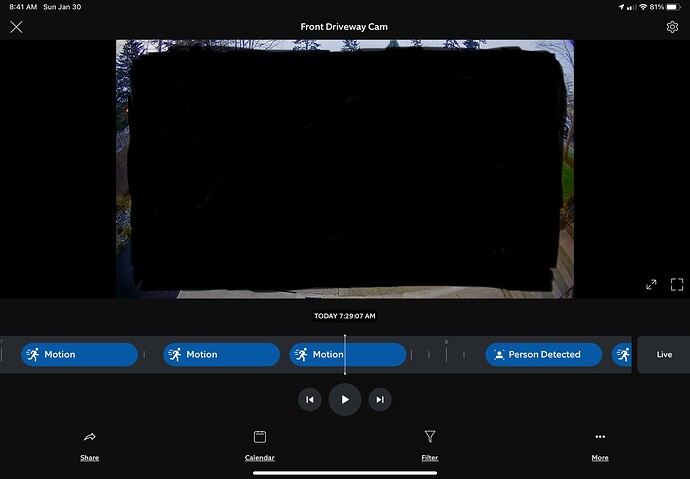 iPadOS 5.48.2 fixes the issue where it was impossible to view the entire four corners of the video in landscape mode. Thank you!

BUT, as shown in the picture, the iPad Ring App squanders vertical space on UI elements that do not need to be stacked on top of each other and with too much vertical spacing altogether. THIS MAKES THE VIDEO TOO SMALL! Other UI elements should be reduced to make more room for the video.

The time/date element has its own very tall row of UI space. I can be superimposed over the video or otherwise collapsed/reduced/minimized so that it uses less vertical space which would leave more room for eye video.

5.48.2 fixes an annoying issue that required panning/scrolling to view the full video. Thanks for that but now let’s recoup some vertical UI space in favor of more space for the main attraction: the video or snapshot being featured!