BUG ALERT (I’ve been reporting to support for some time now) - The Ring website interface has a bug that has the two batteries in the Spotlight cameras mixed up. The app when it shows the left battery is low, the web interface shows the right battery is low, and vice a versa. The app is correct, the web interface is incorrect. Such an easy web programming thing to fix, but no. They know it’s an issue, and have known for some time, but never fix it. I have provided them with screen shots and proof a couple times and received promises of resolve that don’t happen. 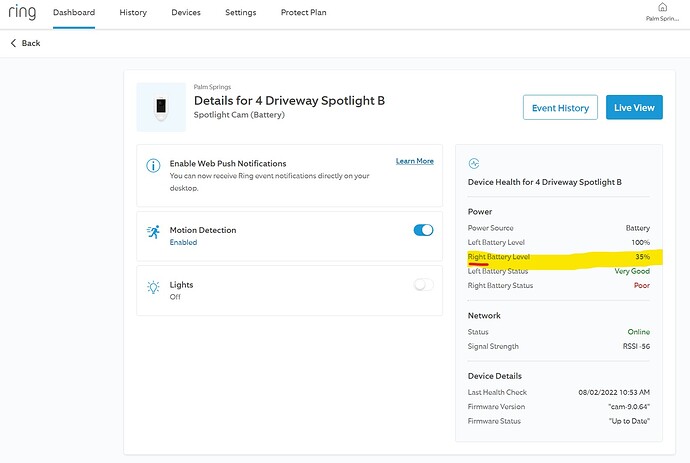 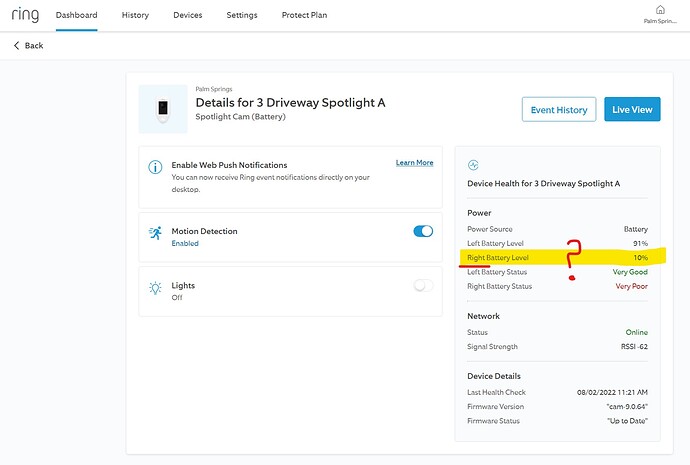 Web interface Bug needs fixing. Battery Spotlight Cams two battery chambers are mislabeled (left/right reversed). Also, the app needs to be changed back to chambers being labeled left/right. These issues are not new and I have requested resolve for many months many times. Nothing.