My house currently has an aiphone doorbell intercom system. I also have a Ring video doorbell 2 system. I assumed that the aiphone wiring isn’t compatible with the ring doorbell so I’ve just been using the battery.

But I am curious to know if I could actually wire the doorbell. It requires:

DC transformers and most intercoms are not supported

I’ve included the pictures of my current aiphone wiring. I’m hoping you can tell me if this wiring would indeed be enough to power the ring video doorbell 2 according to those specs. I know it says it’s probably not, but I would just like to confirm that for sure.

I have several pictures but as a new user I can only post one. 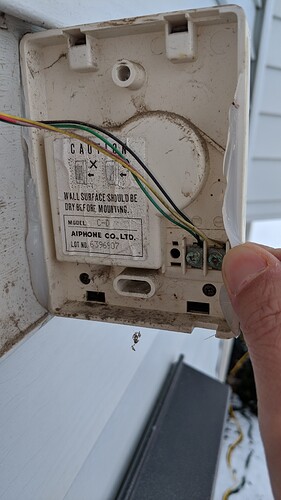