I am taking off the battery out of the kwikset lock to tackle this flaw in ring security system. Not sure what is so complex in making the security code to allow 6 - 8 digits.

I just brought this kit home from Costco and I was super excited to replace my homegrown z-wave network with a real security system. I am shocked that I am limited to 4 digit codes. The Schlage BE469 lock has been around since 2015 and always supported codes up to 8 digits.

I haven’t decided yet if I’m returning it…probably will.

Why I’m here? because I was Really Really shocked as others.

All my user settings for the lock is gone now!!!
It’s all erased and only 4 digits allows? And how many users can be added? With that, bad guy has almost unlimited time to solve this code at the door if nobody’s around home.

Whereas security system they only have in a few seconds to figure otherwise alarm is triggered so that’s reasonable but for the door lock???
This is totally not acceptable.

Hey Amazon and Ring, fix it!!!
I’m not going to say please here since so many people already asked politely.

Upgrading from a ten year old alarm.com system. My lock is zwave plus and supports 4-8 characters. Do not feel comfortable at all having just four digits to get through the front door AND disarm the alarm. Others have implemented this, including the lock vendors themselves. Please add this support.

Same experience as many others here - my 6 digit pin was replace with a 4 digit pin after integrating my smart lock with Ring.

I completely agree. Integrating with Ring Alarm should NEVER require the weakening of another security control - particularly a door lock.

If Ring wants to be considered as a top tier home alarm provider, this feature should be implemented ASAP.

I agree need to be able to use the more secure features of the deadbolts not have them downgraded by using Ring.

This really needs to be a priority. Switched to ring from another system that allowed 6 digit codes. All of my door locks are now limited to only using a 4 digit code. I find this unacceptable, especially when the door lock and alarm system can’t have different codes and the door lock can disarm the system. Please fix this.

I wrote about this problem in my blog post over 2 years ago. Insane to think that they still don’t offer an option for this. You can’t really call yourself a security company if you can get this one basic thing right. 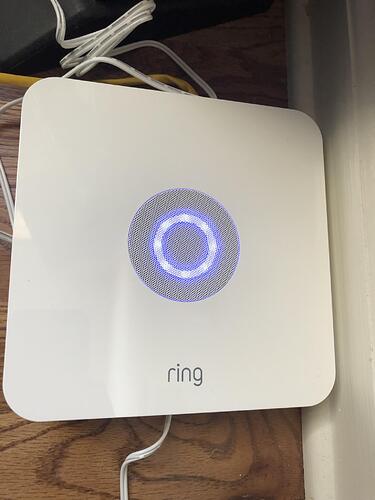 I am currently paying around $27 a month for my monitored home security system. Ring costs $10/mo or $100/yr. I figured I should give it a shot. This is how my experience went.

Hi. I am setting up system, and like others, I am shocked… has anyone heard a response from Ring/Amazon on addressing this?

Ring has responded to this in other posts, but its just lip service. They act like they never got the request before, or thay say they will pass it on. This has been an ongoing issue for more than two years, so it’s obvious thet can not, or will not add more than 4 digits to their system. It is a major flaw and I would never recommend Ring to anyone who wanted to intergrate thier locks until they fix this. It is simply inexcusable.

On another note, the lock functionality of the ring system is far inferior to other systems, such as smartthings. I lost so much functinality moving my schlage locks to ring. Its almost a childish interface compared to smartthings and they have almost no automation options, or cross platfrom integrations. Very disapointed, to say the least.

Yes, please allow Ring Alarm to work with 4 to 8 digits, so we can easily increase linked door lock codes to something more secure.

This is frustrating. I recently received a request too provide feedback, and I mentioned this as my reason for not recommending the alarm system. Hopefully enough people say it that they take action.

Have you found a solution with Smartthings to notify Ring via IFTTT or otherwise? I actually converted over to Hubitat Elevation, but still have my Smartthings, and with Alexa/Ring having both z-wave and Zigbee, I’m reassessing which way I want to go to simplify. Until security is improved it seems like I’ll have to keep something, so I’m starting research on easiest path. I’m not super confident in the Alexa routines yet anyway, so maybe it is a dream to simplify… in my trial on my Yale lock, they did not consistently auto lock per the Alexa routine.

I registered an account here just to echo this concern. This is a serious flaw, particularly with 5-button locks (1=2. 3=4. etc.)

Please allow codes up to 8 digits long; 4 just doesn’t cut it for this.