It already has that. It’ s under motion settings.

It would be so much better to just have a calendar and we pick the day we want to view events instead of having to scroll through a whole bunch to get to the day we want. Look at the way Wyze has theirs setup. It so much easier.
Also the trigger on the battery cameras needs to be improved. I get hits all night long because of cats.

Merging this to the feature request thread, with the other great ideas. We are always looking to improve our device and app features, so thank you for sharing this with us!

There are a handful of us that have opened a trouble ticket and have a couple of threads open discussing this. The only thing we’ve been told it’s that they know about the issue and they’re working on this issue. But it’s been going on for a couple of months now. Hence, my request for an API.

I’ll be honest, I’m really not liking the camera system. First off, I have the security system but Ring doesn’t tie in. If my alarm goes off, or entry is detected, it should start recording.

The 30 second recording is a joke. It’ll record me for 30 seconds but suddenly stop. If I were a criminal, I would just have to set the camera off for 30 seconds and then I can commit crimes because it never records again for about two minutes. What a joke! Not that it matters since the sensitivity settings are an absolute joke. I have to visualize in my head where it’s trying to record, but it takes me weeks to get it set right. Even then, I get bombarded with false positives alerts. Most of the time it’s nothing. And that’s with the sensitivity set to light.

Even though I installed outside AP’s for the cameras and they all have really good signal, I still get the “black screen” when connecting (and it’s remarkably slow, even on local wifi with a 1gbps backend). I have a combination of Unifi APs and Synology router, so no, it’s not a local wifi issue.

I think my biggest issues are:

I don’t care if my battery is low. I’d rather catch someone stealing things out of my yard. Allow us to increase the 30 second recording and give us better motion zones.

Hi mackhax0r, have you set the Motion Frequecy to “frequent”? This will help reduce the cooldown/gap between motion triggered videos to the minimum.

Yeah, I can’t set it to “frequent”. I’ll get bombarded by false-positives because the frequency is to high. Give thanks to the genius way of setting up the motion zones… it’s nearly impossible to properly setup.

Outdoor camera with Solar and duel bateries should have more more motion settings avaialble like a plug in camera does. With Solar and Duel bateries you have a ton a batery life mostly with the solar I can’t get one below 88% even after doing a lot of lawn work around them. With in a couple hours I am back to 100%.

I just got the duel setup because knowing once winter comes cooler temps and less sun might into to the bareries more.

I’d spend so much money if I could get real options with the dual batteries. There’s no point in having dual batteries right now since the single battery never goes below 90%. The design decisions in the software is absolutely terrible.

Another request would be to give those of us who want to record longer the option too. Maybe set up a way through IFTT.

Thanks for sharing your experiences. I wanted to remind everyone, this is a feature request thread for new features that can be implemented to improve our devices for everyone. Our battery devices function in a way that is common for streaming battery devices in the industry, in which there are battery preservation settings that can be turned off, such as smart alerts.

If a battery powered device is not fitting your needs or environment, this is what we have powered devices for. They natually allow for much more customization and robust operation, due to having constant power resources. Some of these concerns listed can certainly be resolved with our support team who will know just how to tailor these to your environment.

@Marley_Ring if I could have done all powered version’s I would have. My one camera is about 30’ away from a plug and my other is over 70’ away from the nearest plug. You do not make anything that has that long of a cord.

My old Arlo camera used 4 123 batteries and they had some of the settings we are asking for. This is the only large thing I am not happy with on the Ring Software. Geofencing would be nice, but it is not a must.

I made a feature request. We want the ability to enable advanced options so that we have more precise control over recording.

Hi @mackhax0r please take a look at our Community Guidelines at your earliest convenience. I highly encourage you to give our support team a call as they are able to offer guidance for some of the concerns you mentioned. Please remember, althought the Community has great tips and tricks, this is not a support channel and we encourage you to contact the team that is available 24/7 via phone, chat or email.

I would like to make two suggestions for the ring spotlight cams or any other rings this may pertain to via the phone app.

My second suggestion is a way to be able to select a day from a calendar or utilize a search option so you can refer back to previous dates recordings. It is so difficult to have to scroll back through so many days of recordings if you need to look back for something. For example, it’s Saturday and your neighbor tells you that their car was accessed on the previous Tuesday night and you need to look back to see if your camera caught anything.

I really like your ring product so keep up the good work. Thank you for considering our suggestions!

I miss a feature that is present in my two “Blink” cameras, and that is the possibility to disarm all cameras in the system with one click.

At the moment with Ring I can disable motion notifications in the app but the system is still armed and my wife will continue to get the notifications unless she also switches them off in her app. This means that once I have three cameras and a ring doorbell installed, we shall have to block notifications 8 times every time one of us gets home: switching it off for cameras one by one, and on both mobile devices. A schedule is of little use to us as there is no fixed pattern to when we are at home.

So my request is simple: as with the Blink cameras, one switch in the app that disarms the whole system for all users. 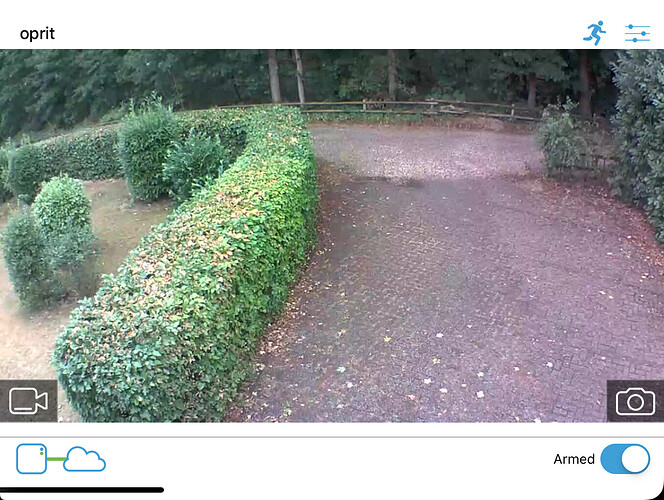 Much like the request in the post above, we have 1 x ring door bell and 3 x battery cams around the house and all work well. When we are all home I just want to turn off notifications (apart from an actual “ring” alert from the doorbell). A single all notiifications on / off would work, or even better geofence all the phones in the house so notifications stop when anyone is home?

I want the ability to reboot it remotely.

Hi, I have the powered spotlight cam at the front of my house. In the mornings the sun is shinning at the front. When someone walks past, the sun casts a shadow of the person, which sets of the cameras. I am sure the clever developers at Ring must be able to code an algorithm for detecting shadows? I don’t want to compromise the alarm by reducing the area it detects.

The Ring Doorbell 2 is loaded with ring chimes, but there aren’t so many for the basic Ring Chime doorbell. I don’t need the Ring Pro Doorbell Extender as I have good wifi coverage all over my house for all my cameras and doorbell. I want more ring tone options for the the model I have.

I just installed two wired floodlight came and would like to be able to control the lights through Alexa as I can control my other ring smart lights. It would also be nice if there could be separate motion settings for when the ring alarm is armed and disarmed.