The Ring Floodlight Cam Wired Pro is here. Our most advanced outdoor camera with next-level security features. Learn more about these features below.

If you’re interested in adding the new Floodlight Cam Wired Pro to your setup, then you might enjoy the Ring Help Center articles below that are packed with more information about this security camera and how to install it.

We want to hear what you think of the new Floodlight Cam Wired Pro. Reply below with your feedback and questions.

I received the camera… looks great, directions clear, paired easily, all the tech worked well (including suggesting I use Chime network rather than my direct router… all seamless).

Where it fell down is on the simple stuff. I was replacing an existing motion light on my garage. Electrical box is about 5 years old… I removed the old light and went to put the Ring Wired security brackets in. The screws in packet A were the same size as the ones removed… so standing on a ladder, with my left hand (I am right handed and an older person) went to screw the bracket in… on about the third turn the head of the screw turned off, leaving the body of the screw in the box… I figured one bad screw, so I moved to the other set of holes and tried to various screws and thought the longer narrower ones might work (assuming the holes were smaller… and again, same thing… not the box is unusable… I could have tried to drill it out, but ended up going to Hardware store and getting a new box and using the screws that came with it. I am not a overly strong person, but it should not have been that easy to twist the heads off the screws. 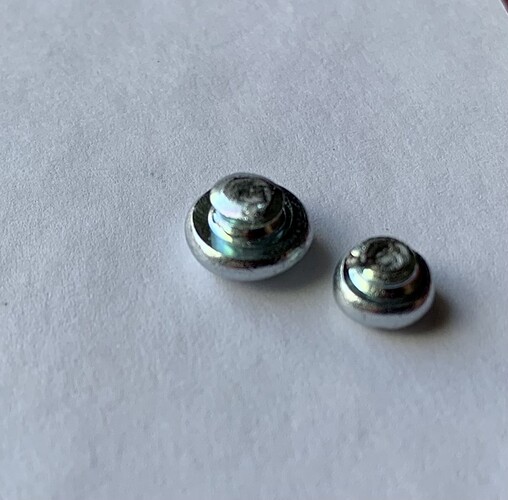 I understand cutting corners… we design products as well… but this seems like the least savings with a dire impact… luckily I am handy and comfortable replacing a box… so it was the cost of my time and a new electrical box… but this was awful… what should have been 10 minute install bordered on 2 hours with the trips and the ladder, etc…

As this is a new product, I expect you will hear a lot of these complaints in the near future

Hi @MycroftVoodoo. Thank you for taking the time to share your experience with us. I apologize that this installation took longer than anticipated but I’ve made sure to pass this feedback along to our team.

Excited to see the new technology. So when is this new type of camera / new features coming to the Spotlight Camera wired?

I’m a new Ring user. The screw heads on the supplied screws for my Ring Doorbell snapped off when screwing in to the wooden door. This was with a low torque hand held Bosch rechargeable screwdriver (with the right bit in) and the screw was not even fully in! So yes better screws are definitely needed.