I agree. We shouldn’t need to waste our own time on the phone contacting customer support, I mean what solution would they even give us over the phone. It would likely result in being sent a replacement device, only for that to not even fix the issue (as we know its an app issue).

I think the only thing we can do is give a negative review on the Google play store, perhaps the developers will take notice of that.

I’ve been experiencing the same green line issue after the update but have also noticed after the update that my live feed has gotten worse! It streams but now seems to stick or hiccup every few secs or so. I can pick someone up one sec and then it’s like they disappeared because a section of time froze and they have already passed! Interestingly enough, just realized the hiccups/stutters happen during live, but when viewing the recording of the live it plays fine!

Since everyone is having the issue it’s obviously Ring’s issue. 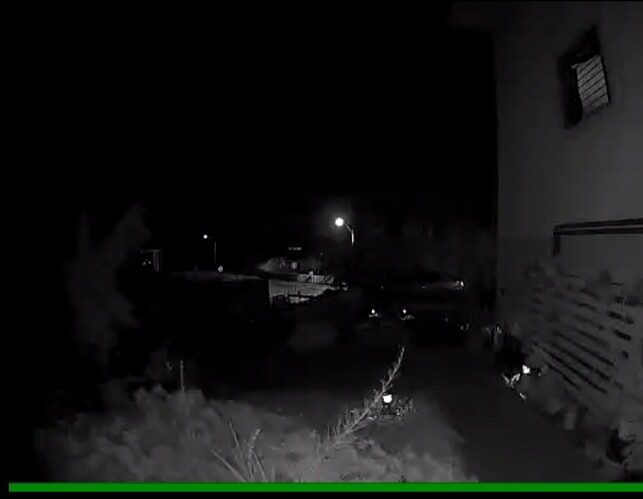 For anyone having issues with the Live view stuttering/freezing, I recommend downloading the Rapid ring app (it’s an official app) from your app store. For me it seems to have solved the issues with the Live view, well at least the stuttering (although I’m yet to see the green line either). The app is only for live viewing, so I’d recommend keeping the full Ring app for when you want to look at recordings etc (just turn off notifications for the main app so you don’t get double notifications).

I know it’s only a workaround but it’s more than what Ring have offered so far, and perhaps your cameras will actually be usable until Ring decide to fix this.

I have several cams, different types, and they all have this green bar as well. Latest update, Android system. 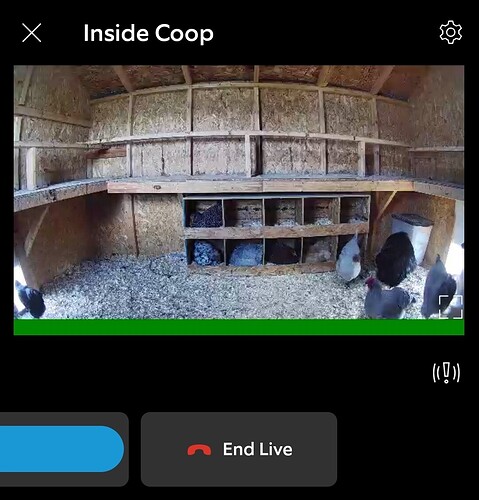 I have the same problem as well.

I have the same issue…green line along the bottom of live screen…If I zoom it slightly it goes away…Its only on if I’m completely zoomed away… How about a patch update to correct the issue, Ring?!! I have the Ring Pro and it wasn’t cheap and its fairly new!

I’ve got a wired spotlight cam and two battery powered cams and all 3 are affected. To be perfectly honest it’s a small issue (the green line) however more recently the video quality does appear to have deteriorated (on the wired device) and in the last year I’m sure Ring have also reduced the amount of time taken before kicking you back out of live view - I presume there is no setting for adjusting this and it’s purely Ring cost cutting to reduce the amount of footage stored on their end?

A few weeks ago the video quality of my floodlight camera and my doorbell have gone down. Theres also a green stripe on the bottom of live videos.

The live video quality is more pixelated/grainy and it freezes every couple of seconds.

RSSI is in the low 40s and the wifi is of decent speed. It was working great before and now it’s starting get irritating when we go to live view and can only see every few seconds of a stream.

Ever since this green line appeared on my Ring floodlight, the video keeps freezing and takes a while to go live. I don’t think I’ll be renewing my subscription if this issue isn’t fixed, not worth paying for a service that has freezing and skipping video playback.

Your video is showing straffing just as mine is…this is not a network issue…its how the Ring s/w is processing the video. I have tried turning off HDR and it has not affected it. My guess is based on prior problems with resolution issues while using HDR at night that its the same issue now for daylight viewing. The software is confused about what resolution to apply. If you download a VIEW and then look at the properties it will tell you the frames per second as well as resolution. the FPS is low in my download VIEWS…thus my theory about HDR seems the most plausible answer. I will call Ring 1st am Monday. IF you call before 7am Central, you get the US support in out of the west coast typically vs the outsourced group (where ever they are)…the west coast group is better techs.

As several fellow “Ring Neighbors” have mentioned in the similar topic (link below), which @AB also posted here above (March 23), that it appears the “Green Line” bug issue is somehow associated with the latest version of the phone Ring App Version 3.37.0 and “rolling back” to the older version of 3.35.0 or earlier eliminates the green line. So, until a follow-on version to 3.37.0 comes out to fix the green line problem, rolling back appears as the current “cure”.

I am starting to wonder if that is a battery effect or a wired because I just wired one on my cameras and it is not on that one camera but every other one with a battery has that light.

It is on my wired light but not on my battery ones.

had my pro ONE hours b4 they released Pro2 last week…just a recap on my issues so far.GREN LINE n
been told Tech are aware and working on it…though nobody had mentioned the green cast created during the dark…just an observation…sound and picture stutter i had initialy put down to re hasing my network after removing my ring mk 1…but not so sure now as others have mentioned similar…30 day free trial ticking down…if not sorted they can start the clock again